Am I Normal Yet?: The Cruxes 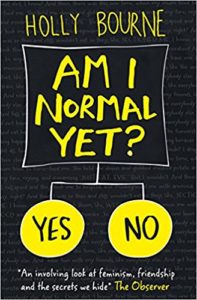 To be honest- I can’t relate with Evie from Holly Bourne’s Am I Normal Yet?

Yet, all she wants is to be normal. Hah, this, I can relate.

But what is normal? That was a rhetorical question. “Normal” is simply a label for individuals who mastered the art of blending in and conforming to predetermined social standards, right?

And those standards defer from country to country, culture to culture. Does that make you normal in one setting, but not another? Are there universal standards of normalcy?

We can fake normal, but are we truly “normal”?

I don’t know. That was just a rant.

THE BIRTH OF THE SPINSTER CLUB

So rant time is over.

It’s devastating how an innocent word like “spinster” carry such heavy intonations. Most people have natural urges to seek out a partner, may it be for companionship or other more practical reasons. But to penalise FEMALES who fail to do so?

“… That’s not the case over here (South East Asia). No matter how advanced we’ve become, there’s still tremendous pressure for girls to get married. Here, it doesn’t matter how successful a woman is professionally. She isn’t considered complete until she is married and has children…” (Kwan, 2013, p278-279)

Why do we discriminate? Unmarried guys are “bachelors”, living the high life, desired and admired; whereas unmarried girls are “spinsters”, leftovers, unwanted and shamed.

Why are girls conditioned to hunt down a life partner?

Evie, Lottie, and Amber think the connotation behind “spinster” is sexist and belittling. “I hate the word spinster,” Amber says. (Bourne, 2015, p190)

“Why don’t we reclaim it?” Lottie suggest.  “We can reinvent the word ‘spinster’, make it the complete opposite of what it means? Like ‘young’ and ‘independent’ and ‘strong’?…”

“Being a spinster means you value your female relationships as much as your male ones.”

“Being a spinster means not altering who you are, what you believe in and what you want just because it makes a boy’s life easier.”

“Being a spinster means you’re not afraid to look at society and say loudly, ‘I don’t agree with this, this is wrong.'”

“Being a spinster means not worrying that boys won’t find you cute or sexy for saying those things.”

“Being a spinster means looking after your girlfriends and supporting them through whatever they need.”

And the spinster club was born.

Menstruation As a Stigma 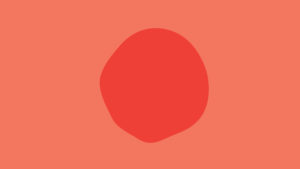 Notice that period is such a taboo topic? Since adolescence, girls are taught to keep this “shameful” time of the month a secret. Yours truly have much experience in the cockpit discreet-pad-retrieval department.

But is this stigma necessary? Periods are part of a biological cycle God gifted women. It is a possible sign of fertility. It is the reason we have 7 billion people in the world today- the reason women can reproduce. Why then do we regard menstruations as a taboo and cause of shame?

Evie, Amber, and Lottie sees a problem. In fact, they note a disconnect in the system.

In sanitary pad advertisements, why is blood always represented by blue goo? Because blue is such an accurate *eye roll* representation of the actual to-be occupant of said products? (Bourne, 2015, p244)

It’s the notions behind such business decisions. Sanitary products have to be “discreet” (Pg 244). Like, ssshhh, my period is here but don’t-tell-anybodyyy! In fact, here are 11 names Malaysian girls have for their periods (I christened my “uterus season”, but only because it sounds cooler), because it’s soooo embarrassing to say “period”.

Similarly, walk into any Malaysian pharmacy for period Panadols and you will get, well, regular Panadols- in pink. And they cost more. It’s the same in UK, apparently. “… have you seen that new painkiller they’re advertising specifically for period cramps? I looked at the label and it’s just plain old ibuprofen, nothing else. It costs two quid more and the only difference is they’ve made the box pink.” (Pg 244-245). I blogged about a similar issue in What’s a Girl Gotta Do?: My Favourite Moments.

Anyway, back to periods and stigmas. After the school shooting at Marjory Stoneman Douglas High in United States (gun laws are not an issue in Malaysia, so I will not intrude into another country’s business), students were instructed to use mandated transparent backpacks as a precaution (I have no comment on this).

Anyway, forget the agendas behind the backpack. Some good came out of the policy:

“The see-through backpacks may shine a light on the fact that, yes, many students need to bring menstrual hygiene products like tampons or sanitary pads to school. And no one should feel ashamed for doing so.” ~ Upworthy.com

Is this stigma justifiable?

PERIODDD!! Yes, I’ll scream that if I need to.

The manic pixie dream girl. Or MPDG. According to Lottie, “she’s like this invention in men’s imagination, but girls pretend they’re real. It’s all basically a recycle of the Madonna-Whore complex, but with vintage dresses” (Bourne, 2015, p187).

So what does a manic pixie dream girl do?

Glad you asked. Well, she “is pretty but doesn’t know it. She’s kooky and makes you feel alive, but she knows when to shut up and just let you watch football. She drinks whisky or beer and doesn’t ask anything of your relationship because she’s too busy doing whacky leisure activities or at band practice. She likes casual sex, but just with you, not with anyone else” (Bourne, 2015, p187).

In other words, she’s the girl who’s attractive with a lovable personality, an adventurous spirit, and reminds you (you being a hypothetical male) that life is too short. She keeps up with your interest, is very attracted to you, but doesn’t pressure you into a commitment. She might exist, she might not exist. Either way, here’s this unrealistic construct men conjure up in their heads that they expect women to match. And let’s be straight, women are guilty of the same crime.

And of course real life partners might fall short of this unhealthy notion. Indeed, this concept limits an individual to a 2-dimensional reductive paradigm- when we have the potential to be so much more nuance. So much more real. 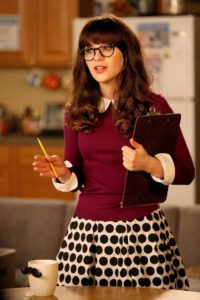 Jessica Bennett wrote this in her book Feminist Fight Club:

“The New York Time columnist Gail Collins once told me that while the sexism of her era was certainly crushing, it also had a kind of benefit: it as easy to identify. When a guy pinched your ass or told you that “women don’t write at Newsweek it certainly wasn’t fair, but at least you KNEW it wasn’t fair. It was clear-cut discrimination- sexism with a legal definition and a thumbprint- not simply a “feeling”… Recognising sexism is harder than it once was… today’s sexism is insidious, casual, politically correct, even friendly. It is a kind of can’t-put-your-finger-on, not-particularly-overt, hard-to-quantify, harder-even-to-call-out behaviour that maybe isn’t necessarily intentional, or conscious. Sometimes women exhibit it too. None of that makes it any less damaging.” (Bennett, 2017, pXXIII)

Holly Bourne has it down too. Blatant sexism is brazen, obvious, and glaring. We don’t have to go “hhmmm… was that sexism?”

To assume that women are meeker and need the protection of big strong men. Or when we assume girls like pink and boys like blue. Or that boys like football and girls like to cook. Or being expected to be gentle and sweet and not pushy, then losing a promotion in the process- that’s all benevolent sexism.

The worst is benevolent sexism disguised as religious teachings. People who insist on gender roles, then call it “biblical” or a “Christian point of view” (let’s delve more into this in the near future. This is a gold mine we must dig into).

Many girls are benevolent sexist too!

I’m aware of my tendency to be a benevolent sexist. At least, my sex drive is. I like my man broad shouldered and without cosmetic aid. I don’t like well groomed guys and likes that he spends half his waking hours doing stereotypical guy stuff- that’s how I defined a real man- a cisgender male. Strangely, my perception matches society’s definition. And then I realised how hypocritically sexist that is.

So these days, I’m convinced men can do facials, carry handbags or spend two hours styling his hair; he’s just not my type. It’s like, I have no issue defining wasabi as a food item, just don’t force any down my throat. In the same way, I think that guy who spent Rm500 on his haircut is a real man, just not my kind of guy. That’s no longer benevolent sexism, I hope?

I don’t claim to know all the answers. But like Evie and her friends, we strive for female empowerment. Empowerment doesn’t just happen, it is a muscle. We don’t develop bulging biceps overnight. However, with daily bicep curls, one day, just maybe, we get Jessie Graff’s biceps. 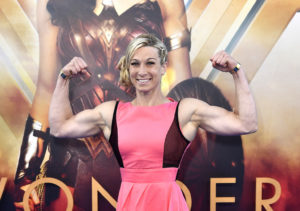 Till then, we should be cautious of the unhealthy notions our society sometimes possess, harmful sexism.

And long live the Spinster Club.