Anecdotes of a Shenzhen Flight

Ingest this post like a collage- a stream of incoherent events that fuse into congruence, preferably to the melody of The Greatest Showman’s “Tightrope”. 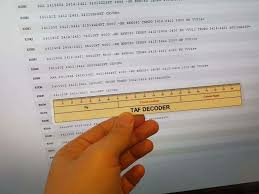 Day before, this flight to Shenzhen was retimed following a harrowing build up of mist. In fact, the aircraft bound for neighbouring Macau was unable to land. So comprehend my relief at the comfortingly short lines of METAR and TAF.

Refer to story below for gravitas justifying my cheer:

A recent flight to Kunming had me shitting my pants (See Note 1 below). At approach minima, the Runway was not in sight. Just as I’m about to drive the thrust levers into TOGA for a go around, the FO verbally gestures down at the approach lights that magically materialised at our hour of need. I click off the autopilot and manually fly the aircraft down, flaring with minimal visual cues, save for the scarce runway centreline lights. Speak of a legally unnerving, unnerving legality.

Hereby documented are the various stages of a pilot’s fear:

Stage 3- my balls up here (demonstrated with curled fingers to represent balls, held/bounced along the pilot’s neck region)

Yhprum’s law (Murphy spelt backwards) states that everything that can work, will work. And Old Yhprum is on our side today- if only we’re prepared.

I count four aircraft ahead on the taxiway- discounting the distant tattle of twinkling landing lights on the approach path, we brace for a long wait on ground. In line with that prediction, we delay our second engine start (we taxi with only one engine as part of fuel saving initiatives, which allegedly translate into bigger $ bonuses). So picture our bewilderment when offered an immediate intersection departure, of which we passed on account of an idle Engine no. 2.

We start our engines. Not long later, we are again hurried for an immediate departure, ahead of the approaching aircraft advancing at a chilling rate. But engine starts take time, and mandated post-start time requirements exist. We reject the benevolence with a heavy heart.

Why the hurry to get rid of us? Not that I don’t appreciate this overt change from the typical conspiracy to keep up planted on ground for ages (Note 2).

Note 2: From fear of a piggy-back. 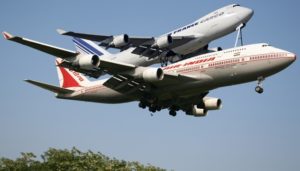 This is a piggy-back!
Photo credit: www.londonist.com

Like a fan girl at a Westlife concert (excuse the reference, for I am, after all, a 90s kid- we lived on boy bands), the nice looking marshaller waves his marshalling torch like glow sticks in an overhead clapping movement. 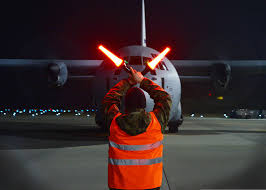 Can’t believe that I’m the fool again, I thought, this love would never end… I let the aircraft roll at a meagre 3 knots. Fan boy holds both bats upright and stationary, teasing a stop. Except, as I advance, the bats remain at constant distance from each other- offering me no estimation to my stopping point. Without warning, he crosses the bats in one quick swift motion, and I’m forced into an abrupt stop. “Dahsyat!” my FO remarks, which is a polite alternative to my intended remark.

Here I am, minding my own business, peering out the cockpit window, when HE plods along, dragging 2 heavy wheel chocks behind him.

I rub my tired eyes for clearer vision, then blink twice.

And then I squint, and lean forward…

For I cannot believe my eyes.

Clad in a red shirt under his reflective vest is Wang Lehom! 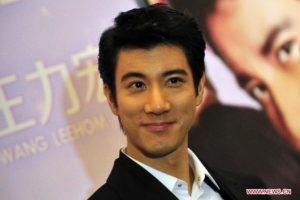 Or a doppelgänger? Either way, the guy roaming the tarmac is a dead ringer. In fact, the likeness is so distinct, I’m almost certain it IS Wang Lehom. Has he quit singing and acting for a lucrative career in airport ramp management? 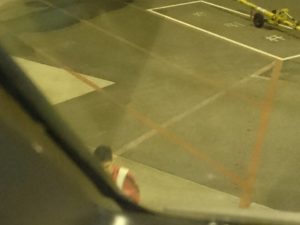 That’s him, true story! Also, posting unconsented pictures of a person is violating.

I should have requested an autograph!

Our ride home in uneventful, but not un-annoying. I sit with my back against the back rest and the headset firmly clamped over my ears. 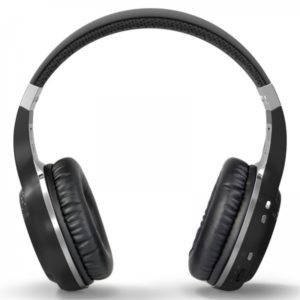 Now, a new procedure was introduced where one of the two pilots is required to have the headset on at all times in Chinese airspace (instead of the usual speakers). Being the dutifully submissive cockpit officer that I am, of course I comply (yes, I’ll totally self-incriminate online).

Neglecting the rationale behind that ruling, my ears are, like, clamped- which is only mildly annoying (not that I can’t pull off the Princess Leah look). 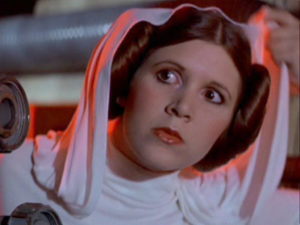 1) Getting shoes stuck in foot rest 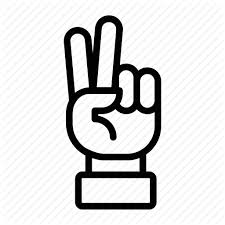 I Farted On Your Balls
Cameron Highlands: Good Girls Don’t Trespass- The Mossy Forest and Other Tourist-y Activities