Billion Dollar Whale: One Man’s Wickedness Can Cripple a Nation

I had mixed emotions reading Tom Wright and Bradley Hope’s Billion Dollar Whale: The man who fooled wall street, Hollywood, and the world. I was:

Proud to have contributed (in the form of taxes) to the production of Oscar nominated film The Wolf of Wall Street, starring the one and only Leonardo DiCaprio.

Inspired that a man who resembles a bloated pregnant elephant with an eye infection posses the confidence to market himself as “muscular, well proportioned” on an online modelling site.

Entertained that a Malaysian ethnic Chinese can pass of as a “Malaysian Prince”.

Happy to find myself such an entertaining piece of literature.

But more than anything, I’m pissed.

Fuming at my boiling point.

At the man that made a mockery of my country. The man who played us Malaysians for fools.

The man who through an elaborated scam of off shore accounts, day light bribery and carefully cultured symbiotic relationships, robbed Malaysia of billions of taxpayers money. 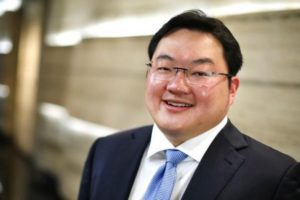 Through the creation of the 1MDB fund, Jho Low performed fraud after fraud, siphoning money into his many personal off shore accounts. His first of many stunts (from a joint venture with PetroSaudi) landed him $700 million. But the money did not sit idly in his account for long, because what is the point of the heist if you don’t live a life worthy of a Hollywood screen?

And he does- partying, gambling, and squandering like a god without a master. 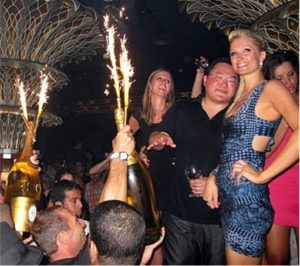 The social imbalance is extremely disgusting, especially since the money is not rightfully his.

While scores of Malaysians can not afford cancer treatment, as evident by the perpetual waiting list for government funded treatment… Jho Low gifted Paris Hilton a Cartier watch.

While countless Malaysian families live in non-conducive low cost flats… Jho Low lost $2 million without blinking twice while gambling in a private room at the Palazzo in Vegas.

While a Malaysian single mother in Terengganu had to pimp herself to feed her child… Jho Low paid Britney Spears 6 figures to jump out of a faux birthday cake in a skimpy gold-coloured outfit.

While many Malaysian children quit school to work and support their families… Jho Low romanced Taiwanese singer Elva Hsiao with a multi-course candlelight dinner on the beach, where two men parachuted out of a helicopter, dressed in tuxedos and bow ties to present Elva a Chophard necklace of diamonds and gold.

While Malaysian hospitals are starved of budgets, this leading to the deaths of many patients following a fire in a JB hospital… Jho Low purchased the Bird Streets mansion in West Hollywood.

And while many Malaysian children struggle to even get a proper meal a day… Jho Low paid $4.8 million for Dustheads, a 1982 art masterpiece by Jean-Michel Basquiat.

As Low amassed his art collection, he paid no heed to the 60% of Malaysian households that lived on less than $1600 a month. The 1MDB fund had amassed $10 billion in debt, which would weigh on future generations. ~Billion Dollar Whale 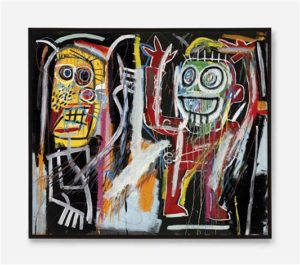 Billion Dollar Whale feels like a sequel to the Crazy Rich Asians trilogy, except it’s not.

It’s not fiction. It’s not even reality based fiction. It wasn’t embellished with literary glamour for a more sensational read. Or maybe it was? I don’t know. We don’t have hard proof to back every single claim in the book.

But enough evidence (from various sources other than the book) exist to confirm a 1MDB embezzlement.  One man (Jho Low), along with his collaborators definitely funnelled billions of tax payer money to line their own pockets. Money that could have been used for health care, education, nourishment, environment preservation efforts, abating poverty, empowering women, investing in children, and building the country.

It’s simply unfair that some people cannot afford cancer treatment because somebody else decided to treat himself to a Ferrari with public funds.

I don’t know about you, but this is how I define a wicket man.

The bible has this to say about wicket men:

National debt doesn’t just disappear. It doesn’t vanish into thin air with the wave of a hand. The billions of debt that result from the stolen money? Malaysians have to bear that cross. And the man responsible of this? He is wicked.

We reap what we sow.

P.S: Excited that Billion Dollar Whale is going to grace the big screens! Also, I absolutely support comedian Jason Leong to play the role of Jho Low (incidentally, his brother and I were on the same badminton team during secondary school days). However, I am very apprehensive about Michelle Yeoh’s convenient flip of allegiance.