Dear Diary, Today I Had Diahrrear 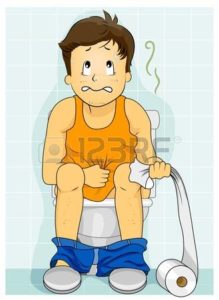 The churning in my tummy picks up pace. The ache is killing my insides. My bowels are begging to explode. I dash- hobble, really- out of the cockpit and into the aircraft lavatory.

Precious seconds are wasted undoing my zipper before I plop down on the  seductive throne- oh! Glorious toilet bowl.

I open the act with a fart so loud the echo rings throughout the entire lavatory. The main boom is followed by a squishy undertone and I flinch as the sound waves pulsate through the tiny space.

I slam the tap down, in hopes that flowing water would cover my booming “release”. Thank goodness for handy air freshener sprays. I squirt the clear liquid in a continuous horizontal motion, and then a clockwise gesture just for measures.

I try to ease my rectum’s contents out slowly and silently. Alas, efforts are futile. Chocolate fudge shoot out of my butt hole with crazy velocity. I can literally hear the ringing as shit meets toilet bowl.

My sense of smell is instantly activated. I instinctively hold my breath and release an involuntary cough. My!- the stench is like ten thousand rotting rats soaked in the sewage. The stink renders me noxious. And I thought the fart was bad.

I desperately spritz a generous helping of air freshener- a healthy dose through my thighs into the bowl. Oh, air freshener, my saving grace.

But the spraying is mostly ineffectual- the smell lingers. I deliver another lavish blast of freshener juice. In fact, its abundance cast a misty layer over the lavatory mirror.

In a desperate attempt to rid the smell, I jabbed the flush. My “byproduct” is zapped into no-man’s-land. The loud sucking drowns out the next fart. Killing two birds with one stone, yo!

Until a third fart burst out, its volume putting the first two editions to utter shame. The worst thing is, I really did NOT see it coming.

And when there’s lightning, there is always thunder. The “thunder” splatters into the toilet bowl, an event I vouch for by the thunderous- pun intended- sound. Did I imagine it, or did the bowl just vibrate under my bare butt?

I do another Doctor Strange inspired circular motion with the air freshener.

My nose is on fire.

My butt hole is on fire!

An anus knows no agony like one that doubles as a fire hose.

I empty 2 cups to hot water down the bowl to clear the sticky residue and give the inner flap a good rub.

Finally, I unlatch the door and take a nice gulp of non-contaminated pressurised aircraft air.

An uncle stands at the front galley with his arms crossed. A smirk is plastered across his face. In point of fact, he grins from ear to ear- like an audience at a comedy show. His eyes latch onto mine, sneer still palpable.

“Breakfast didn’t agree with you, huh?”

Tags: Laugh die me, Tales from the Aircraft Lavatory

44 Days of 4 Bars: Weighting the Tetra Stripes
My Husband is Allergic to Vegetables