Heli Lounge Bar: I turned 28 on a Helipad

And thank goodness we did- make a reservation at Heli Lounge Bar, even if it does require a minimum spending of RM100 per person. The place was already packed when we arrived at 6pm. Without a booking, one can only wander around like a lost soul.

But with a booking? The wait staff will usher you across the helipad, kick away the illegal aliens there, and offer you a reserved table with a heart-stopping view of KL tower. 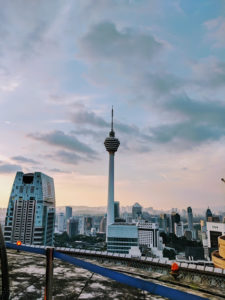 KL tower basking in the dusk.

Elevated grounds, alcohol, and aviation- these are a few of my favourite things (not simultaneously, though, that would literally be a crime). With that in mind, what better place to spend my 28th birthday, if not on a rooftop helipad, drink in hand?

I arrived at the bar with my sister, Xin. The bottom floor has aviation-themed props everywhere. In the middle of the room, sits part of an aircraft fuselage. A few feet away, the DJ table was once an aircraft engine cowling. (Speak of reduce, reuse, recycle! Who says the aviation industry is all about carbon footprints huh?)

On top of random airplane parts, there is also an amphibian plane suspended from the ceiling, complete with floats.

The waiters are dressed as pilots, in white shirts, epaulettes, and black ties. Man, don’t they know that white shirts and alcohol are sworn enemies? Just ask my batch boy, Kong. 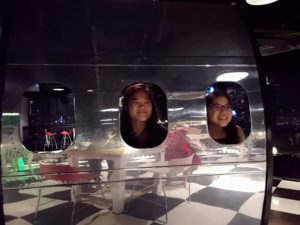 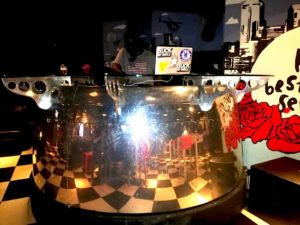 Even the drinks are aviation-themed. I ordered a Fizzy 747 (word play on Boeing 747) because it sounds cool, and also because I’ve never flown a 4 engine aircraft and this seems like the closest I’ll ever get to doing so. Drinks in hand, Xin and I make our way up 2 flights of stairs, emerging at the rooftop where chairs and tables are arranged in neat succession. During the day, this space acts as a helipad. But during the night? The helipad closes and the space becomes the city-kid-aviation-chick-almost-alcoholic’s haven.

Of course, every time a chopper flies by, I worry they didn’t get the memo and we’ll end up like Rachael and Nathaniel from Crazy Ex Girlfriend in that scene where a chopper is trying to land next to them and the wind from the propellers blow their hair crazy and their evening wear into rags.

Thank goodness the chopper pilots did get the memo though, and no emergency evacuation was necessary. Instead, we peer into the twilight, in royal mantle clad. The city is like a woman- each season holds a new charm. And the allure of the dusky city is sexy, saucy and racily seductive. 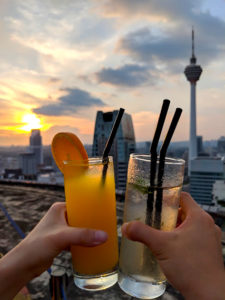 Cheers to the sunset and growing old. 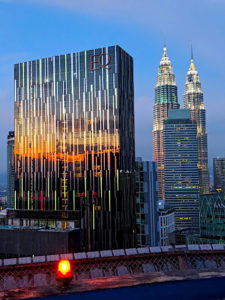 Set your gaze on the majestic peaks beyond- the Petronas Twin Towers.

The sun sets and Jo finally arrives with Nat. Nat is tall and buff and a former Malaysian Taekwando representative. By the time they join us, the sun has dip below the horizon. In place of a sky daubed yellow, orange, blue and white, is a monocoloured patch of dark grey, playing backdrop to a mass of colourfully lit high rise buildings. It’s like the city awakes- hungry, braced, ready to pounce. 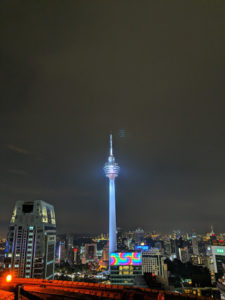 KL tower in her kindled glory. 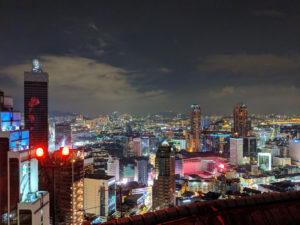 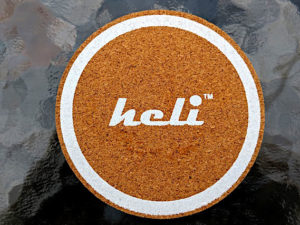 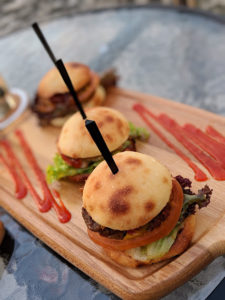 Mini burgers, each the size of my fist. 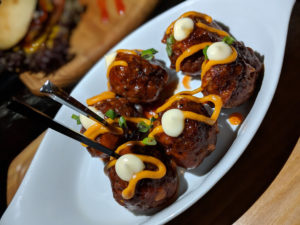 Meatballs. The food was mediocre. The attraction is the view and the cocktails.

Music blast through the speakers. Happy birthday to you, happy birthday to you… sounds the evergreen birthday song. A waiter with 2 bars appears and places a white tray before me. Happy Birthday, it reads. A cheesecake sits to the right of the writing. I’m blushing.

I blow the candle before making a wish, which was a regretful SOP violation. Always make a wish before blowing the candle. SOP is law. SOPs are written in blood. Never deviate from SOP. 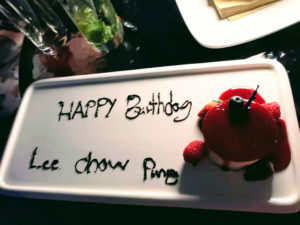 One year older, none the wiser.

But life has no SOP. You figure it out as you go, and nothing makes sense. The song The End of the Movie from Crazy Ex Girlfriend tells this well:

Because life is a gradual series of revelations/That occur over a period of time/It’s not some carefully crafted story/It’s a mess, and we’re all gonna die/If you saw a movie that was like real life/You’d be like, ‘What the hell was that movie about?/It was really all over the place.’/Life doesn’t make narrative sense.

28 years, and I have not figured life out yet. Maybe I will within the next year.

But chances are, I never will.

The Midnight Flight: We Thought We Were Alone. But Were We Really?
Heartbeat in my Womb