I Hereby Admit To Being A Cina Gagal: Confessions Of A Malaysian Gal

The very personification of bride and Godzilla contoured into one: me. A living breathing bridzilla. 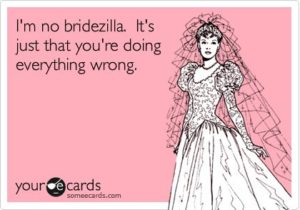 I mostly single handedly folded 2000 origami airplanes. Each detail of my wedding fine tooth combed with painstaking deliberation. Pages upon pages of checklists and agenda planned with the meticulousness of a moon mission.

I prep for our wedding like I would simulator sessions (mental flying, they call it); running each step, every move and procedure through my head. Searching for loopholes, probing for imperfection.

I poured my very soul into building the wedding of my sweetest dreams, a reflection of my husband and me. And 5 minutes into wedding planning, we agreed on a theme: NO RED (the ultimate Chinese wedding colour).

Actually, our theme was “Our Superlative Takeoff”. Perhaps, I should rephrase: our vision and concept for the day was crystal clear. We do NOT want a Chinese wedding.

In fact, every outside attempt to Chinese-fy the day was met with scorn and spite.

I guess it was, fundamentally, a Chinese wedding with a 170 degrees twist (10 degrees of oriental element retained).

Our dinner format was Chinese, where guest seated at round tables are served dishes in succession. The food, however, was un-chinese. We did welcome angpaus though, (or rather, the money inside), no grievance there.

And we did do a couple of yum-sengs, and only because I relish yelling at the top of my lungs.

Upon parental request, we obliged to tea ceremonies. However, the one under my control (bride’s side), was conducted in the most non-cina manner possible. We washed my parents’ feet and served green tea in mini mugs.

Upon careful self-analysis, I realised that these Chinese traditions and me, we just don’t oscillate on the same frequency. “It’s not you, it’s me.”

My best friend, Jo is a banana (her Chinese vocabulary is limited to “da bian ni”).

Concurrent Chinese words give me a headache.

And, in a previous post, I shared about a break up that was caused primarily by my inability to relate in my supposing mother tongue.

And if I send my children to Chinese school, it will be all about the opportunities that come hand in hand with being trilingual, and nothing about embracing their Chinese roots. In fact, I once toyed with the idea of sending them to a tamil school, this on the sole basis that I will not raise a Chinese child.

No, my friend. I will raise a Malaysian child. 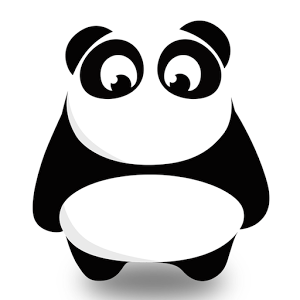 I am a Cina gagal.

I should try harder (preach to me) to embrace my ancestral ways. And I plan to. The efforts are just, um, temporarily dormant.

But, seriously, how important is it for me to be “Chinese-y”? I’ve been asked point blank too many times if I’m a banana, WHILE conversing in Chinese, mind you. Apparently I have a distinct banana accent. Does this place me in a different class? Am I not “one of them”? The outsider? The failure?

What are Malaysian Chinese? An elite club?

If I may, the “华人帮华人” (Chinese must help Chinese) mindset is the very last nail in the coffin that is Malaysia.

This  perceptive viewpoint is an anchor that  could head dive our society into a plane of inevitable doom.

What was perhaps a necessary survival strategy during my grandfather’s generation is today nothing more than a muddy pit of saturated quicksand.

Why segregate? Why favour one on the mere virtue of skin colour? Because he/she is “自己人” (my people)? I recall a radio public service announcement that goes “who are your people? Because that’s where your humanity ends”.

Where does it end? Skin colour? Religion?

Malaysians are no stranger to the “One Malaysia” or “Kita Anak Malaysia” propaganda. But are these verily just superficial convictions?

Today, I read an article in Free Malaysia Today by Michelle Chen (upon digging, she’s a, woot woot, Taman Sea girl! Awas Nilai Bertindak!) about her experience with a concerned Chinese couple about her bilingual status. Apparently, bananas are the wedlock children of the Chinese community *eye roll*. They are too “modern” and “culturally deficit”.

Jo once remarked that everything bores down to language (preceding looks or interest). East Malaysians present a more united front because of their general fluency of our national language, Malay (they have their own slang). At the end of the day, everybody wants company they can comfortably converse with. As a result of this, one tends to home towards their own ethnic group.

And It is for this very reason that I am a staunch believer that every Malaysian should speak Malay. And if the choice comes down to learning the Chinese or Malay language, choose Malay. Many would argue that the Chinese language outweigh the Malay language in usefulness. After all, China’s population of 1.379 billion (great nation that they are) easily outnumber Malaysia and Indonesia’s combined 292.2 million.

However, this does not excuse us from our civic obligation. Our Malaysian duty, truly. As Michelle puts it, if speaking Chinese is mandatory to communicate with a fellow Chinese “are you as worried about being able to talk to the Malays or Indians (or bananas)?”

If you can’t communicate with your fellow Malaysians, sorry buddy; don’t cry foul over racial discrimination, because you might be the problem.

I remember a write up I produced for a liberal arts class, stating: I prefer  a Malaysian Malay or Indian as company over a Chinese from China any day of the week. Although I speak their language.

Somehow, I don’t care about being Chinese. I know I should, and I should feel ashamed for saying this. But I really don’t.

What I do care about, is being Malaysian, in bountiful measures.

And Malaysians are my people. 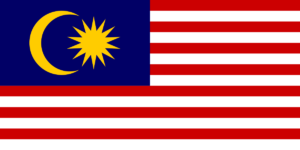 Do You Know The Jumping Dick? (Sung to the tune of “Do You Know The Muffin Man”): Of Culinary Odysseys and Simulators
What’s a Girl Gotta Do?: My Favourite Moments