I once told my parents that I wouldn’t have held it against them if they aborted me as a fetus. I meant it, and I still mean it.

Don’t get me wrong. I love life. I love living. I’m as biophile as one gets.

The breathtaking view from the cockpit, where sun-soaked stratus clouds tickle our aircraft as we climb steadily through the layer into the wide blue yonder. Serene hiking trails. Cozy cafes. Durians. Orgasms. Dang. Those are the reasons I live.

But the hard truth is that life is not all clear skies and hipster cafes and orgasms.

Sometimes, the options are shit or shittier.

I was once 60% pro-choice. Not because I was particularly well read on the topic and couldn’t decide, but simply because the pro-life ideology seem to be a lot like men telling women what to do with their bodies, and we have no shortage of that in this world.

And then I got pregnant. When I found out, I had just received bad news. My mum, who has been battling stage 4 lung cancer since 2016, had a dip in health. I couldn’t handle the news on top of everything that comes along with being pregnant. Not to mention the income lost at a time when my family needed money. Pilots cannot fly while pregnant. Also, cancer treatment is not cheap.

It just wasn’t the right time for a baby. I simply wasn’t ready.

This is also when I learned of the anti-abortion laws in Malaysia. Sure there are plenty of illegal clinics, but only those with medical conditions e.g. chemo patients are allowed legal abortions. In fact, Nirmala Thapa, a Nepalese woman and wife of a security guard, was arrested and convicted for abortion. She feared that the pregnancy will cause her a job.

My pregnancy eventually failed without human interference. But even after the doctor confirmed that the fetus in me will definitely not live, there was NO non-intrusive option to remove it. This is due to the anti-abortion laws in Malaysia. In fear that doctors use the relevant drugs to abort pregnancies, the government completely banned the supply of such means to hospitals.

To clarify, there are two types of abortions- surgical and medical. Surgical abortions are intrusive, where “thongs” are inserted through the woman’s vagina and into her uterus. Medical abortions are non-intrusive and can be used up to 24 weeks of pregnancy. Basically it’s a pill you swallow, and is as close to a natural miscarriage as it gets.

The law allows abortion under the provision where the life of mother or fetus is under threat, without specifying the methods. However, the drugs used for for medical abortions are not available at hospitals, due to anti-abortion efforts.

As a result, the only legal abortion method for women (again, under provision of medical conditions) is the intrusive method of surgical abortion.

Let me be clear: I am NOT fishing for sympathy. That’s the last thing I want. What I do hope to achieve, is that you understand life is never that straightforward and simple as “abortion is bad”. Very often, people have their reasons to abort.

I want you to understand this: advocating against abortion does NOT necessarily put you on the right side of morality.

And please don’t tell me about that one woman who managed despite *insert traumatic experience*. Giant kudos to her, but every woman is unique. Not every woman has the same resources, same support system, same biological abilities, same mental health. Therefore, not every woman should be expected to endure the same trauma.

Betrayal dawned when I fully comprehended the anti-abortion laws in Malaysia. That somebody else decided what Malaysian women can or cannot do with our bodies. Regardless of whether we want the baby or not, the legal choice has been stolen from us. I am blessed with the resources to live through my situation, but not every woman is equally privileged.

Helplessness loomed and I did the one thing I could at that time- I donated money to Persatuan Hak Kesihatan Malaysia (RRAAM), Malaysia’s pro-choice organisation that advocates the reproductive rights of Malaysian women. It’s my way of saying how dare anybody tell us what to do with our bodies.

Now, when I think of a baby being aborted, I feel so sick I literally lose my appetite (true story). But then I think of victimised women, and I feel way way WAY sicker. That’s why I think the choice is shit or shittier.

I won’t say if abortion is right or wrong, because debating right and wrong is what got everybody fighting in the first place.

But I will say is that when I look at anti-abortion lobbyists, I see Pharisees and bullies.

When I look at the abortion debate, I see a problem that needs fixing, and people who want the right thing, but are too lazy to do the hard work that they rather penalise the weak instead in a way that doesn’t help.

Penalising the weak is never the solution.

Abortion is a hard and personal choice. It is not a decision that *most* will take lightly. It is the woman and her partner’s alone to make. It is NOT a decision for you or me to make.

Sometimes it’s about convenience (for example, the convenience of HAVING a next meal, or the convenience of paying much needed medical bills), but very often it’s also about the mother’s health. The dead baby in me didn’t harm me or weaken my body. But imagine if it did. Imagine a woman whose dead baby is harming her health. Even if we didn’t completely eliminate her options, we sure limited them with anti-abortion laws.

Sometimes it’s also the baby’s health, like Liz from Wisconsin, U.S.. Liz’s baby had kidney disease. The doctor sadly informed the parents that the baby won’t be able to breathe upon vacating the womb. For Liz and her husband, the choice was between abortion and watching her new born die in her arms. This, is a choice only Liz and husband has a right to make.

The baby’s predicament was discovered at 20 weeks. Had she lived in Malaysia, her only legal option, should she refuse to watch her baby suffocate to death at birth, would be the intrusive method of ripping limbs out of the womb, one by one- basically she would be denied the more humane abortion method in the name of anti-abortion efforts.

Disagree with abortion? Then don’t do it. But please don’t stop others from doing it. It is a deeply personal choice and none of our business.

Pro-life advocates, correct me if I’m wrong, are fixated on a maybe-life, that they completely lose sight of the actual sufferings around them. Middle/upper class, privilege people may sometimes view abortion through a certain lens. Some see it as “murder”. But honestly, anti-abortion laws feel less like murder prevention, and a lot more like the oppression of choices, the oppression of the less fortunate.

Because who really loses from anti-abortion laws?

Not just women like me, who although life dealt a few short straws, are privileged and blessed with a support system and monetary means.

Nope, the people who have the most to lose are:

Women who are poor, who cannot afford to raise a child.

Women who were raped, and will now be forced to live a constant reminder of her trauma.

Women without the tools to pursue the quality of life that many privileged individuals do.

All it does is oppress the less fortunate who now lack the means to manage their own life, because, let’s face it, money breed ways, and the rich have money.

I know a Malaysian family with 2 kids who were scarcely making ends meet. When the mother got pregnant for the third time, they knew they had to do what it takes to give the existing members of the family a fighting chance at life.

As we know, abortion is a hotly debated topic in the US now. Joe Moravsky, an American Ninja Warrior contestant whom I still admire very much for his athletic ability, but have lost all respect for as a human being, harped on and on about protecting the rights of the weak (fetuses). Well, Joe, look around you. Plenty of actual living, breathing, weak lives that become weaker because of anti-abortion laws.

To ban abortions would be like sealing the ass hole. If we eat and eat and eat, the rectum will still fill up, except, where does the shit go now?

If protecting the sanctity of life is the goal, then adopt an orphan. Mentor an abandoned kid. Advocate for better health care. Help the single mothers. Educate the public in family planning. Promote gender equality so that women don’t have to make the difficult choice of career vs family.

Don’t advocate for the ass hole to be sealed, guys. Instead, advocate for a system with less shit so that the rectum won’t need an outlet in the form of an ass hole. 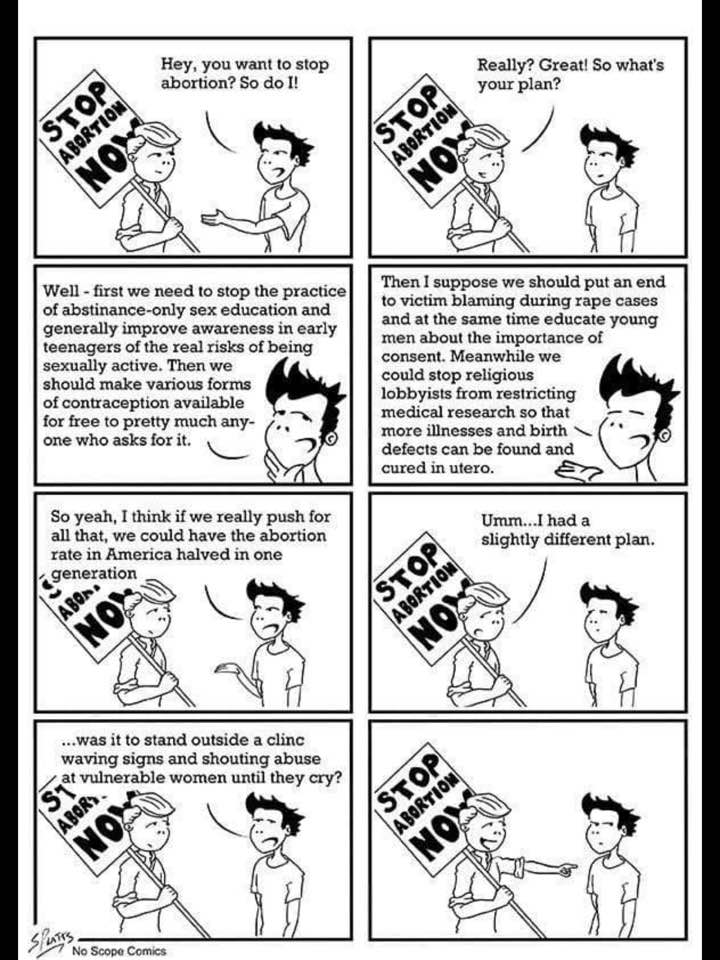 The Kooky Winds of Nge-ur-rah Rye International Airport
“The Secret Thoughts of an Unlikely Convert” Book Review: A Woman Mistakenly Abandoned a Field Where the Harvest is Ripe