It Only Happens in the Movies: Love- A Feeling Or A Choice? 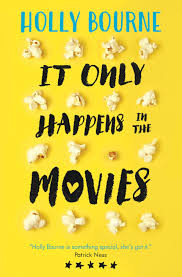 P.P.S.: If you’re here but resent my rambling, note only this: READ. THE. BOOK.

I’m a chick lit junkie. Despite my resident identity as a feminist, I swoon like a fan girl at the cliches: (1) the rain kiss. (2) The airport kiss (3) The I-screwed-up kiss. And my personal favourite, (4)  the will-they-won’t-they-they-will! kiss.

I was genuinely upset finishing It Only Happens In The Movies. Not at the ending, because that was marvellous on multiple tiers.

Despite his (male love interest) Hollywood-worthy grand apology (for cheating on her), Audrey walks away. She made a choice. She can NOT be with somebody who could hurt her the way he did. The couple does NOT end up together.

And yet, it was a happy ending. Once again, Holly Bourne hits home with a pleasantly felicious finale.

No, the sorrow came latched onto the anticlimactic surge that ensue the flip of the last page; because with that bolded “THE END” concludes my journey with Audrey Winters.

The journey that had me laughing, hurting and fuming to various degrees.

Yet, I have an ugly confession: I wish Audrey’s father a gnarlier fate.

I cruised through the book brimming with anger at that fictional character that is a perfect personification of so many real life men in our world today.

After years and years of marriage, Audrey’s  dad leaves her mom for a wife “upgrade”. He discards them like yesterday’s rubbish. During the first half of the book, he convince Audrey that one “couldn’t help falling in love”. Apparently, “it’s not something you have control over” (Bourne, 2017, p131). Later, he adds salt to the wound by selling the house they live in, only because his  new wife demands so.

Towards the end, Audrey’s mom end up in the hospital. In a flight of rage, she marches over to  her dad’s house.

I’m cheering her on with every fibre in my being. Go, Audrey, go!

New wife has the audacity to say “isn’t she (Audrey’s mum) pathetic? Hasn’t she let herself go? I’ll never let myself get like that. No wonder he left her.”

The exchange continues, and then my favourite part. “…How can you love her, dad? A woman who doesn’t mind breaking up a marriage? Who then tries to strip that family for everything she can get?” (Bourne, 2017, p362)

And then says, “Don’t ask me to choose between you and Jessie. Because I’ll choose her.”

He could sell his affair as an eclipse of the heart- because love is a feeling- and “you can’t help your feelings” (Bourne, 2017, p315). Here’s news, old man: you sure as rain can “choose what to do about them”.

He choose to forsake his marriage. To pull the rug that is stability from under two teenagers. Because, love is “a feeling and not a choice”.

on love as a choice and “the one”

Despite my love for ships and chick lit, I consider myself relatively realistic about love. I’ve never subscribed to the Disney version of relationships.

My first boyfriend donned a suit and ran through a mall with a bouquet of flowers for me. Obviously, I was touched, but “touched” summed it all. From my point of view, gestures like that were reserved for the big screen (or iPad screen)- and extremely awkward to live in real life. I know “awkward” was 90% of my inner turmoil when he scampered into TGIF, panting like a mad dog, flowers missing a petal or two. A scene like this would pen out perfectly in a Reese Witherspoon movie with I’ve Had The Time of My Life blasting in the background. But in reality, he looked so out of place in the penguin suit, I had to feign captivation.

In fact, on a later date when I received a loooong out of the blue sms (no WhatsApp then) informing me that he won’t always manage such over the top gestures- no doubt the aftereffect of his overthinking, I secretly sighted with relief. What, no more pretending to love every moment of slow dancing with you while hundreds of people stare and snicker behind our backs?

I now realise that he moulded our time to fit some cooked up fantasy, making assumptions about my love languages- forgivable since it was, after all, young love.

Yet, history repeats itself in the love language department when a later boyfriend march on with blatant disregard for mine. Ironically, one of the first things he said when we started dating was, “我知道女孩子要的是什么” (loose translation: I understand every woman’s desire).

He went on to carry all 6 shopping bags, leaving me none, despite my constant pleas- “just give me something to carry”.

“你的责任是牵我的手。” (Translation: your sole duty is to hold my hand), he replied. 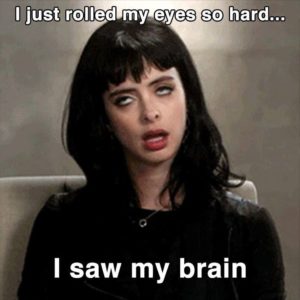 Sorry, was the eye roll too obvious? Oh, I didn’t mean to shoot that boogie in an attempt to mute my snort either, I apologise.

And after a bad breakup, he tried to win me back by cleaning my apartment- completely against my will. “Don’t do it,” I said. “I’ll clean myself.”

If he knew the first thing about me, he’ll know NOT to carry all 6 bags and NOT to clean my apartment- because it makes me feel useless.

And if you want good in my books, you do NOT make me feel useless.

So what he really did, was seal his fate and proved to me that he’s NOT the one.

Which is also how I realised that Dickson was the one (do you believe in the one?). At the yardstick 2 years mark- for the sake of a tangible timeline- he knew NOT allow me any feeling of uselessness.

With regard the one, I once grasp fervently to the notion that love is a choice and not a feeling. The one is a myth fit for fairytales, I insisted. Feelings fade, but a choice endures. When I was young, mama said: “don’t fall in love. Instead, grow in love- for you may fall out of love, yet to grow out of love is an improbable feat.”

When stuck in a love triangle with that mindset, I played the familiar cards- opting choice over feeling. Today, I readily admit there were more feelings for the guy I didn’t choose (Guy 1), not because I discerned him to be the one. Rather, he (Guy 1) hit the right buttons in degrees that exceed the guy I did choose (Guy 2). He (Guy 1) fed my narcissistic complex with words and ego-boosting praises: my love language. On the other hand, “chosen guy” (Guy 2) insisted on “chivalry acts” like opening car doors, completely oblivious to the dreaded feeling of uselessness it cause me.

Yet, I picked him (Guy 2). The guy who looked better on paper- because I convinced myself that love is a choice and not a feeling. So choose the one with better terms, right?- A blunder of epic proportions.

As events have it, neither guy was right for me- my greatest mistake is the failure to recognise it. Turns out, there IS a limit when choosing to love a guy whose core personality disgust you.

Then I met Dickson.

And I didn’t need a conscious effort to fall in love, because I just did.

But despite my exciting depiction of our relationship, there ARE boring days. Here’s a snippet from my wedding speech:

Is my want for boring monotonous love with him a testament that he is the one?

What I do know, is the ease in which our conversations flow; that natural sync. The mutual familiarity with body language, and how effortless we read between the other’s lines.

At the risk of sounding like a broken record, a previous post said “I once described our chemistry as proteins that fit perfectly with specific substrates. These proteins are called enzymes. We are enzyme and substrate. The key and lock fit perfectly. The two jigsaw puzzle pieces are apt”. Like the slices fell into place and everything just made sense.

There is a difference between a clash in opinions vs. personality. I may not agree with all his opinions, but I have zero issue with his character*. It is my personal theory that to qualify as the one, harmonious personalities are required, opinions and interest being secondary.

*I understand the difference between personality and character too. But in this context, I refer to the traits that makes him, him.

Of course, there is no perfect the one. When two individuals merge lives into one, work is inevitable- a controlled variable. The independent variable is the suitability of characters; and the dependant variable? – The amount of work required for a successful** relationship.

**Success is subjective, but for the sake of this relationship- a functional and relatively happy union.

SO MOVIES- YAY OR NAY?

The theme of the book is that movies are not realistic.

For a school project, Audrey interviews Jane, a relationship counsellor about her views on romance films.

The problem with romance films, she explained, is that they always finish premature. Drag it on and you will see the fights, the discontent, the jealousy, the unfaithfulness.

“The movie either ends when the couple gets together, or someone dies before you can see the relationship develop. So you only see this perfect idea of this couple. You don’t see the niggles that can become cracks and how those can become giant crevices over time” (Bourne, 2017, p312). At this point, I figured out why show ratings drop when popular ships finally transpire.

And then she addresses the trillion dollar question: is love a feeling or a choice?

“A feeling,” says Audrey- spoken like a woman in love.

Then Jane replies, “… ask any couple who’ve been married a few decades the same question? They all say it’s a choice. Every last one of them.”

“… They get up every single morning and make a conscious decision to stay with the person they’re with. On the good days, that choice is easier. On the bad days, they really have to fight the feeling in them to make the opposite choice. To leave. To find someone else. To walk away***.” (Bourne, 2017, p314) 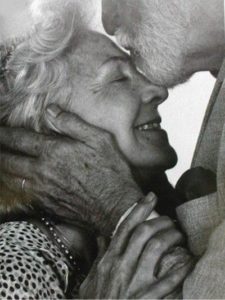 Love- a choice AND a feeling- both equally sweet. 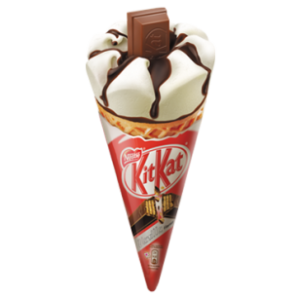 Tags: Books, Holly Bourne, It only happens in the movies, Love, Musings