I’m jabbing the mechanic call button on the overhead panel again. Again. And Again. In fact, I’ve been flexing my forefinger muscles at least 5 times now to no avail.

The response comes husher than the silent brothers of The Mortal Instrument’s City of Bones, and those dudes had their mouths sewn shut.

I glance at the ECAM messages. In green and block letters are the words NW STRG DISC. This indicates that the nose wheel steering has been disconnected and lodged with a tow bar.

Pursing my lips, I crane my neck against the windshield for a clearer view. A white cuboid object is partially visible from my seat, the remaining half obstructed by the aircraft radome. Tow truck is present and connected. So why isn’t anybody answering my calls?

I’m this close from sliding the cockpit window open to stick my head out and hover on top of my lungs.

Just then, a ramp worker hurries into plain sight with his headset in his fist, held over his head. His other hand he uses to gesture to me, with his palm open and shaking from side to side.

I interpret his body language as “headset not working. Please don’t kill me.”

Ahh.. And I thought you were ignoring me like that girl with the misogynistic message I was ungracefully tried to curb. Man, could have handled that situation better.

I default to the standard hand signals.

Clench fist, open palm- park brake released. Both thumbs up and outwards to either side- chocks off. My pointer on my nose, and then towards the South- push back and face South.

As the aircraft surge into movement under the tow truck’s power, I hold two fingers up like a “V” with my left hand, then rotate my right forefinger in circular motions to indicate starting engine number 1.

The ramp agent reciprocates my actions, followed by an uneventful engine start. I pray for a smooth and unexciting flight. That, I have concluded after 8 years of airline flying, is one of life’s simplest pleasure. Any day, I’ll settle for a humdrum and boring sector. In fact, I scribbled on my Starbucks tumbler “STUPENDOUS SERENDIPITY”- followed by a list of mundane normalcies that bear me great joy: durians, books, steamy sex… lazy flights. 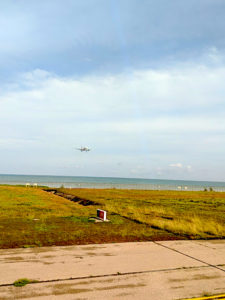 Soon, it’s time to taxi. Vast stretches of blue Phuket ocean glitters to our left. Every trip here has me wishing for a leisurely dip in the deep blue sea. We taxi slowly to accommodate our minimum ground idle time of 3 minutes.

A blip appears in the distance. The blip becomes a dot, the dot expands into a bigger dot till it finally forms wings, engines, and landing gear. 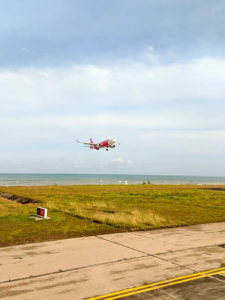 Phuket Tower instructs us to hold short of Runway 09. We oblige (due voided options). The Airbus 320 sharklet advances over the threshold and approaches the runway with a gradual descend before touching down at the touchdown zone. 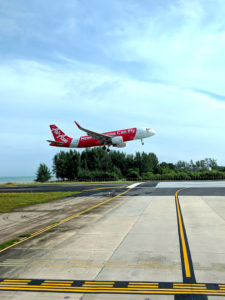 “Red cap, cleared to line up, Runway 09,” says the crisp faceless voice on the radio.

Lazy flight, I pray, give me a lazy flight.

Amazons: The Dora Milaje, The Valkyrie, and The Night Witches
I am an Egalitarian. I Do NOT Believe in “Christian” Gender Roles. Here’s Why.