Line Flying is a Circus

I hold up a 20 cents coin. The hibiscus catches a glint of ray from the cockpit dome light.

“Tails, I take her out,” I assert. This is pilot speak for “I’ll fly the first sector.”

I wink and place the coin on my right thumbnail.

The coin flips into the air, does some midair gymnastics, and surrender to gravity.

I catch it with both palms like I’m clapping my hands. Clap.

I Separate my palms.

I purse my lips.

I raise an eyebrow. 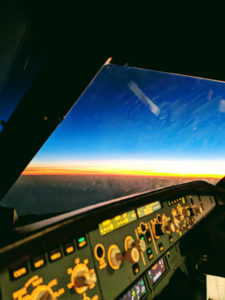 We are cleared for takeoff.

I advance the thrust levers to 50% N1. This is procedure. Both engines must be at 50% thrust before we can slam her into 100% go mode.

Our CFM engines roar to life, a precedent to the power that will soon name gravity her bitch.

The left needle quickly settles at the 50% mark.

The right needle, on the other hand, is moving slower than me after my annual Christmas buffet bash.

I’m waiting. And waiting. She’s taking her own sweet time. This happens sometimes. We’re usually pre-informed if the aircraft we’re assigned have this tendency.

Because of course I don’t say it out loud. Of course no pilot should ever talk on the takeoff roll.

After forever, the two needles match. 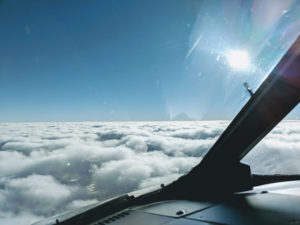 “Captain, the cabin is full of piss,” the Senior Cabin Crew (SCC) informs me.

I soon learn that he means this literally.

The toilet bowl gurgled and spat out its contents like a drunk teenager. This mother-of-liquids escaped beneath the lavatory door, into the cabin, and formed puddles of yellow joy by the front galley. This joy eventually spreads to the carpet, soaking the carpet piss-wet all the way to row number 5.

The smell? Imagine you went 5 days without pooping, and then you fart.. uhuh, just like that.

I’m horrified to learn of this development.

I simply refuse to spend the next 8 hours in a flying septic tank.

So, we decide to turn back home.

Except, the Air Traffic Controllers don’t quite understand.

Which part of “our toilet bowl exploded” did you not understand, sir? 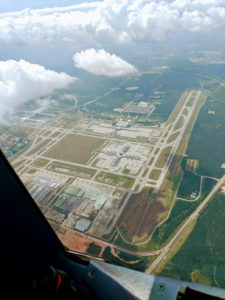 The FOOTD jogs her fingers across the MCDU keypad. The aircraft banks slightly as she wields to the guidance system.

I love flying with girls. Boys are great, but I especially enjoy testerone-free cockpits.

Or should I say “box office”?

Anyway, she’s telling me about an experience, albeit not one unique among female pilots.

Mansplaining. Because men always feel the need to condescend women.

“Ya, mansplaining. Girl co-pilots get that a lot. Gets better after your command. But it’ll still happen every now and then,” I tell her.

I say this as we’re pulling overhead Lake Singkarak, so we pause to admire the azure blue waters. A picture of calm. 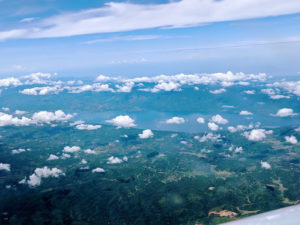 1000 feet on final approach. We’re closing in to sea level.

I do a quick once-over of my instruments. Looking good.

Runway NOT ahead? The runway is to the left! We’re heading AWAY from the runway!

Straight ahead is nothing but a dark patch of black, cold, sea.

We APPEAR to be flying straight into the dark patch of black, cold, sea.

This is normal, though. Normal when you have a 20 knots crosswind.

You see, aircraft cock into the wind. The stronger the wind, the bigger the cock. Okay, that sounded wrong.

Basically, we always aim to be on the extended runway centreline. However, to avoid getting blown off course by strong winds, we place our aircraft nose against the wind to counter the effect. As a result, we fly down with a tilted orientation, straightening to match runway course only at the very last second. It’s very motor-skills-intensive.

So rest assured, we try our darnest not to fly into the sea*. 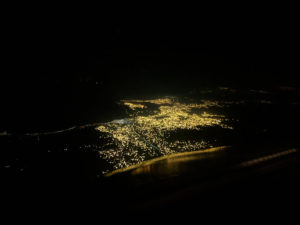 Rachel Held Evan’s “A Year of Biblical Womanhood” is the Work of a Genius
Higher. Further. Faster.: The TRUE Conflict of Captain Marvel