Firework in the Clouds

I’m in a metal tube, hurling through the troposphere’s upper limits at 80% the speed of sound. A glance at the System Display (SD) page indicates that we are burning Jet A-1 fuel- Earth’s precious commodity- at an alarming 4000 kg per hour. I don’t know how that translates into carbon emissions, and ignorance is bliss*.

*I’m no tree hugger, but I married one. Nowadays, I recycle, avoid plastic bags and straws. Hopefully, that atones for my association with an industry that contributes to an extravagant amount of carbon footprint (781 million tonnes of CO2 in 2015!). No wonder John Travolta‘s private jet fleet landed (pun!) him in hot soup with environmentalists. 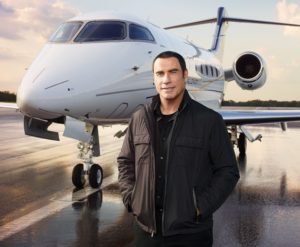 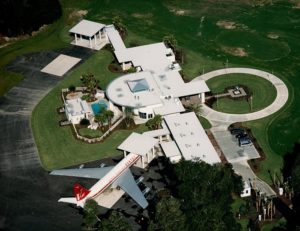 This is John Travolta’s house. I kid you not. He literally built his house at an airport. Or an airport next to his house. Or perhaps, an airport that doubles as his house?
Photo credit: www.aviationcv.com

I’m housed in an Airbus 320, cruising along in complete darkness. The only hint of our our external environment is represented by the weather radar on the Navigation Display (ND).

Our flight path is clear of undesirable weather- or so says the weather radar. That sneaky thing, this radar; useful as it is, it detects only water droplets. That’s why a towering cumulus the size of Mid Valley Megamall might appear as nothing more than a tiny dot on our screen, since only the tip consist of moisture. As a result, the reflected picture is far removed from the actual situation.

Suddenly, the aircraft jerks, but only momentarily.

But then she makes another spirited lurch.

The FOOTD and I peer out through the window into the perpetual darkness. We reduce the range of our ND- clear. Not a tinge of colour- no weather.

Maybe the radar is telling the truth. We could’ve bumped into a layer of Clear Air Turbulence, otherwise known as CAT. As the name suggests, those are nearly unpredictable. Not to mention annoying. On top of spilling your coffee, they rattle you at best, maim you at worst. 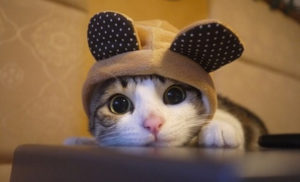 Deciding when to put on the seat belt sign is tricky business. Many pilots flick it on at the slightest trace of turbulence. “Insurance”, they say, and I’m inclined to agree. However, very often, you turn the signs on, and the turbulence immediately dies down. You look like an idiot, but better an idiot than injured passengers with lawsuits.

Over the years, I’ve become a little more apt at interpreting the weather radar. Large patches are typically dissipated thunderstorms. The tiny dots are the killers, stowed with updrafts and downdrafts. But no bank drafts, although my bank loans could really use one of those. 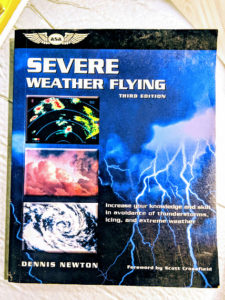 True to my Lee roots, I tried to read about it.

And then there are those “emo” radars, badly calibrated and lies more than the former Prime Minister of Malaysia. Of course, all these doesn’t matter if the visibility is good and you have a clear view of the climate outside your window.

Malaysia sits on the equator. Here, the only constant is patches of hyperactive thunderstorm clouds. They come out to play the same time every year- crowd the skies with what I referred to in an old blog post as “firework in the clouds”. Lightning erupt within the confines of the rising drafts- transient yet bold- like staccatos in a concert piece. 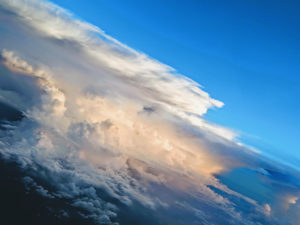 They are a reminder though, that danger can be beautiful. Peril- alluring. And thunderstorms? Dynamite.

Flores, Indonesia: Our Trans Island Adventure
You and I?