Arrow was once the blood that course through my veins. Within 36 hours, I binge watched the entire Season 2 in a Japanese airport hotel room. Each episode had me clenching an iPad mini in one hand, cheese crackers in the other.

But those glory days were a Halley’s comet, came, gone, then lost from sight for 75 years. Come Season 3, the series hit a lamentable plateau, followed by a monstrous, humungous, and colossal plunge.

Over the next 2 season, they made tolerable blips on the rating graphs, sufficient to survive, but a far cry from yesteryear’s majestic splendour.

After careful thought and consideration, I have compiled the 3 ways Arrow shot an arrow into their right foot. 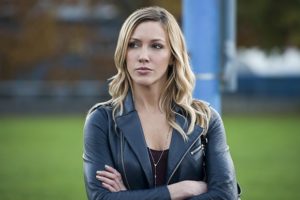 R.I.P., Arrow. Congratulations on digging your own grave. After playing “guess the name on the tombstone?” for what feels like eternity, the mystery corpse was unraveled: Laurel Lance, a.k.a. The Black Canary.

Damien Darhk stabs Laurel during battle, she doubles over in pain, face cringed with shock. Later, she passes in a hospital bed. Among her last words to Oliver before she bites the dust are: “I’m really glad you found Felicity. And I hope you find your way back to her. Although I know I’m not the love of your life, you will always be the love of mine”. 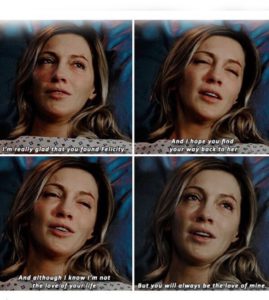 If I may, Laurel is the single most unappreciated character on the show. She watched her father struggle with the bottle, beat alcoholism herself, mourned her sister’s brutal murder, then resurrected said sister. Also, she became the Black Canary. If this show has (had) a package of feminism, grit and strength, it’s Laurel Lance.

And then she went to meet her maker.

The internet exploded with endless opprobrium concerning Laurel’s death, my disgust amongst the many. Really, can you blame us? 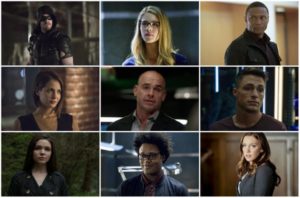 Oliver, Felicity, John, Curtis, Rory, Wild Dog, Dinah… *pants*… Is that all? And that’s just Team Arrow. Wait till I start on the non team members.

Once, there was Roy Harper’s Arsenal, who was then replaced by Thea Queen. And then Thea quit team Arrow, and they were one man (woman) down.

When Laurel died, Madison McLaughlin’s Evelyn Sharp was introduced when she impersonated Laurel’s Black Canary. And she was there to stay.

Arrow is liken to Massachusetts Mutual Life Insurance Company, whom is reported to have the highest turnover rate of all Fortune 500 companies. Ragman (Rory) came, then also left, and Dinah joined the team.

An overflowing cast could mean lost plot for certain characters, as we observed on Marvel’s Agents of S.H.I.E.L.D. Fortunately, they arrested the situation before it got out of hand.

Can Arrow arrest the “crowding” situation before it’s too late?

But she did it anyway.

Olicity, the double edge sword of Arrow’s very existence. A scroll through the comment section of Arrow’s Facebook page would reveal a nice split down the middle of the fan base: pro-Olicity, or anti-Olicity (me, not that I still identify as a fan. I’m just one of the many opinionated keyboard warriors determined to make my mark on the internet through my ferocious typing skills).

Some fans suspect that Laurel’s death was a result of the Olicity ship. Although I’m hesitant to place the entire blame on this single theory, I second that it plays a significant role in the decision.

A large portion of Arrow’s plot has been twisted and side tracked, just so to please the former group of fans. As one might have guess, I’m no Felicity fan. I understand her critical role of computer nerd and all round smarty-pants, but maintain that Oliver could seek a more suitable partner, and certainly not at the risk of a distorted storyline.

You have failed this fan base.

Disclaimer: These claims are based the writer’s personal opinion.