The Midnight Flight: We Thought We Were Alone. But Were We Really?

“Affirm,” says the FOOTD. His name is Ashraf. We were born on the exact same day, only hours apart. He informs ATC: “Red Cap 8989…”

We are about to take to the skies, just two of us, ferrying an empty Airbus 320 across the South China Sea in the dead of night. Pilots do that sometimes, when the aircraft is needed somewhere. No passengers, no engineers, no cabin crew. We’ll have to arm and disarm the doors ourselves. Make our own coffee.

It’s procedure for Air Traffic Control to have a record of the number of people onboard, in case of an emergency where search and rescue is required.

Ashraf indents his PTT and replies: 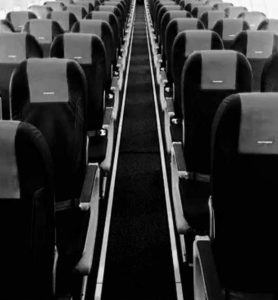 I’ve heard the stories. Cockpit talk. The Cabin Crew Network. Company gossip. Perhaps they are true, maybe not. Chances are, they’re the construct of somebody’s bored mind, an overactive imagination. Or possibly the effect of a 100 hours roster.

But here goes the legends: Once, a passenger asked a cabin crew for water during flight. The crew nodded and left. Time passed. A lot of time passed, the crew still nowhere to be seen. Impatient, the passenger chimed the call button to summon the cabin crew again. This time, the Senior Cabin Crew approached him.

“Ma’am, I asked your crew for water. Its been ages, still no water!” He was exasperated.

“I apologise, sir.” The SCC replied. “May I know which crew you spoke to?”

“Nehh, that one! The Chinese girl with the long black hair!” The passenger was rightfully annoyed.

The SCC paused, thinking hard. Then she involuntarily held her breath, and a shiver ran up her spine.

She glanced to the front and back galleys where her crew were busying themselves with tasks.

There was no such crew onboard.

And then there are aircraft famed for their, um, celestial realm. An SCC once told me about this particular aircraft, one she’s operated on over and over again.

The cabin crew have a procedure. Upon completion of boarding, they count the number of passengers, from front to back, and then from back to front, checking that the numbers telly.

Every single time. Four sectors a day, it happens every darn sector.

They even resorted to the bingo procedure, where they compare each passenger to the list, one by one. Every time they bingo, the numbers add up, just like it does when they count from front to back.

But from the back? 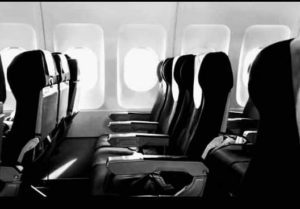 Ashraf and I are cruising along. It’s dark outside, like one would expect it to be at midnight. The radio is relatively quiet, given the limited amount of traffic at this hour.

I feel the urge to pee. So, I hand over controls to Ashraf and make my way to the lavatory. I’ve used the aircraft lavatory many times before, I know the drill by heart. Enter toilet, lock door. A quick wipe of the seat, followed by a plop down on the toilet bowl.

I’m halfway through expelling a steady stream of urine when something catches my attention.

I raise an eyebrow, puzzled.

Then, I crease my forehead.

Quickly, I flush the bowl and rush back into the cockpit.

“Ashraf,” I begin gingerly. “Did we on the music?”

“Er, no.” He says. Of course we didn’t. We never ever touch the Flight Attendant Panels, it’s simply not our domain.

“Music tu kita kene manual on, kan? (We have to on the music manually, right)” I asked.

He studies my expression and carefully says, “Yaaaa…”

I purse my lips. “Then why is the music in the lavatory playing?”

We figure that the music means nothing, even after he goes and confirms that my ears do not deceive me.

I go back to sipping my coffee. We are calm. We are contended.

We are actually kinda digging this alone in an aircraft at midnight thing.

We are actually quite…

A loud sound rings through the cockpit.

Startled, we turn to trace the source. The cockpit door had slammed wide open. From our respective seats in the cockpit, we can see down the cabin aisle all the way to the back galley.

The cabin is empty, of course. I mean, why wouldn’t it be?

We slowly turn to face each other, my bewilderment mirrored clearly on his face.

“Er, I think we tak tutup rapat the door la (I think we didn’t shut the door properly),” Ashraf says.

I nod furiously. “Ya. Tadi masuk tak rapat kut (I agree, we probably forgot to lock the door).”

We each went to the toilet and back. Being alone, we were lax with the door and must have failed to close it properly. Right?

No need to obsess over a door, especially when there are no passengers and door security isn’t an issue.

I’m reading Lee Child’s The Midnight Line. Boy, does he know how to write a triller.

Ashraf is scrolling through his tablet.

The door is shut. No music can be heard. Everything is progressing smoothly.

We jump out of our skins.

Slowly, Ashraf and I turn to face each other, terror written all over our faces.

That was a buzzer. The buzzer that sounds when THE CABIN CREW CHIMES US THROUGH THE INTERCOM. Except, somebody has to physically press the call button in the cabin.

How would anybody physically press the call button in the cabin when THERE IS NOBODY IN THE CABIN??

We stare down at our Audio Control Panels.

Oh. The SELCAL buzzer sounds exactly like the cabin crew buzzer, and this was a SELCAL call. Like an ATC ringtone, if you will.

Of course. There is nobody in the cabin. Of course nobody will be chiming us from the cabin. It was the Air Traffic Controller. Silly us. 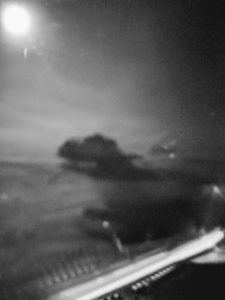 We touch down uneventfully at Kota Kinabalu. Aircraft docked in bay, aerobridge connected, we quickly gather our bags to exit the plane.

We will be spending a night here, thank goodness.

As we dragged our trolley bags out through the aircraft door, I thought I caught sight of a figure in the back galley, standing still among the shadows. I spotted this from the corner of my eyes, so it wasn’t a clear view. Of course I must have imagine it.

We were alone in the aircraft, just two of us.

So I must have imagined it.

Of course I imagined it. 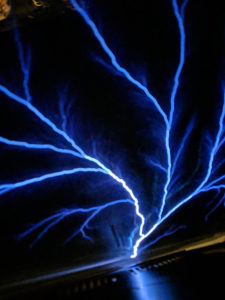 Writer’s note: Everything has an explanation.

Edi Rejang is NOT the Real Enemy
Heli Lounge Bar: I turned 28 on a Helipad